Hilo Tea Party was a resounding success.  More than 100 people came to demonstrate their First Amendment Rights and to protest our government’s out of control spending. 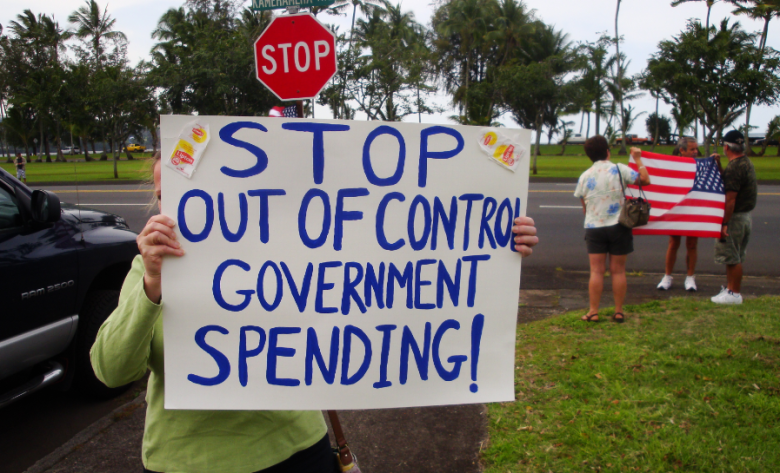 Our government is out of control.

Our government is spending our money with no regulation.

Our government is creating generational debt.

Our government needs to be STOPPED!

More than 100 people attended the Tea Party.  Lots of drivers honked their horns in support of the cause of freedom. 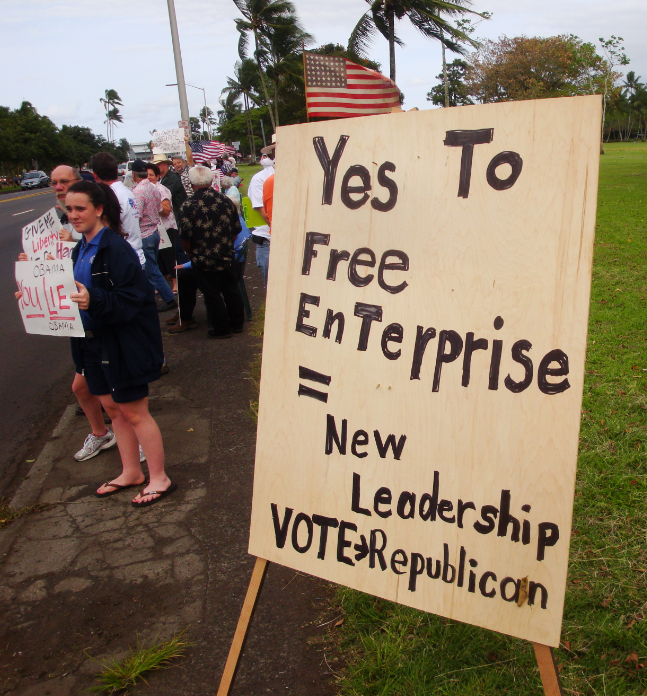 Young and old, all races and religions, Republicans, Democrats, and Libertarians, all came to support the Tea Party.

This mornings Tribune-Herald, Hilo’s newspaper, splashed above the fold “Tea’d Off on Tax Day” headline.  My only gripe with the story the Tribune printed was that the paper said there were only 50 people that attended the rally.  There were more than 100 people lining Kamehameha Avenue.  I suppose math is not a journalism prerequisite. 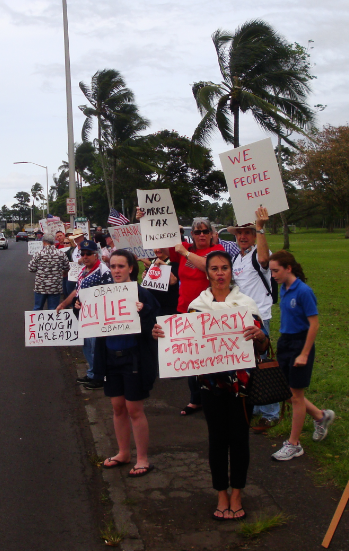 Several speakers explained “Who We Are“

“Because of the Internet, there is this vast echo chamber and our advocacy reaches into corners that never would have been possible before,” said Mr. Clinton, who said political messages are now able to reach those who are both “serious and seriously disturbed.”

Mr. Clinton pointed to remarks like those made Thursday by Representative Michele Bachmann, the Minnesota Republican, who when speaking at a Tea Party rally in Washington characterized the Obama administration and Democratic Congress as “the gangster government.” The Face Of The Angry Mob

We, the people, know when we are being lied to.  Our government has lied to us.  Remember when Bill Clinton lied through his teeth about his affair with Monica Lewinsky. 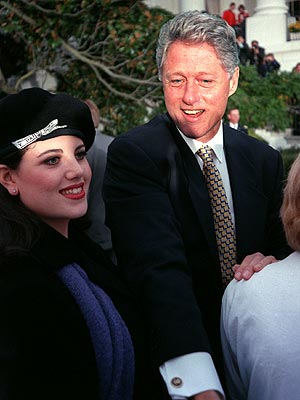 What Clinton has in common with Obama is that they both lie.

Obama Mocks Tea Partiers: ‘You Would Think They’d Be Saying Thank You’!

Obama: “I’ve been a little amused over the last couple of days where people have been having these rallies about taxes,” the president said, noting the numerous tax cuts pushed by his administration. “You would think they’d be saying thank you.”

Except, he’s not telling the truth.

The arrogance of this man-child Obama.  But it’s not just the taxes that makes the tea party angry.  It’s the out of control government spending.  The out of control spending that will create great generational debt.  A debt greater than 10 Trillion dollars is unsustainable and dangerous to the health of the country.  The government spending is unsustainable.

With the passage of Obamacare, the health care entitlement, the national debt takes on another program like Social Security and Medicare.  Both programs that are in debt.  These programs are loosing money and are spending more than they are taking in.

Today on Rush Limbaugh’s show, Rush sums it up eloquently.

Come November Mr. Obama, you will get that thanks you deserve. 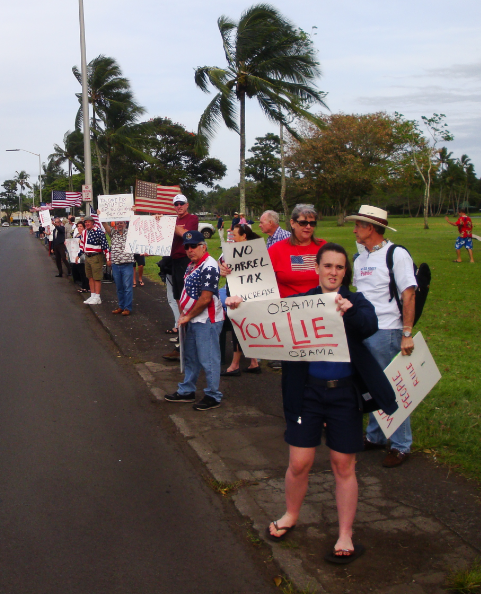 Or hear our message come November.  Obama got elected under false pretenses.  He is not a uniter.  Obama is a divider.  The Obama regime has taken over General Motors, now it is Government Motors.  The car company continues to loose money, our taxpayer monies.  Wiping out investors money that had stock in General Motors.

Even if the debt rallies, bondholders will fare the worst, reflecting the restructuring of GM by the Obama administration that favored the union over bondholders despite their similar legal claims. The union is also apt to do better than taxpayers, based on its sweet deal.

Those of you that voted for Obama, what did you think he meant by “Fundamentally Transforming America“?

Bailouts and corporate take-overs.  Trillions of dollars, taxpayer monies, are being wasted away. Trampling the Constitution.  Taking over, hijacking, private industry.  This isn’t the job of government.  Imposing a requirements to purchase government health care, or get fined.  CZAR’s that fill the cabinet positions without going through a vetting process of approval.  This is Unconstitutional.

To add insult to injury, I get this email from Crazy Mazie Hirono: 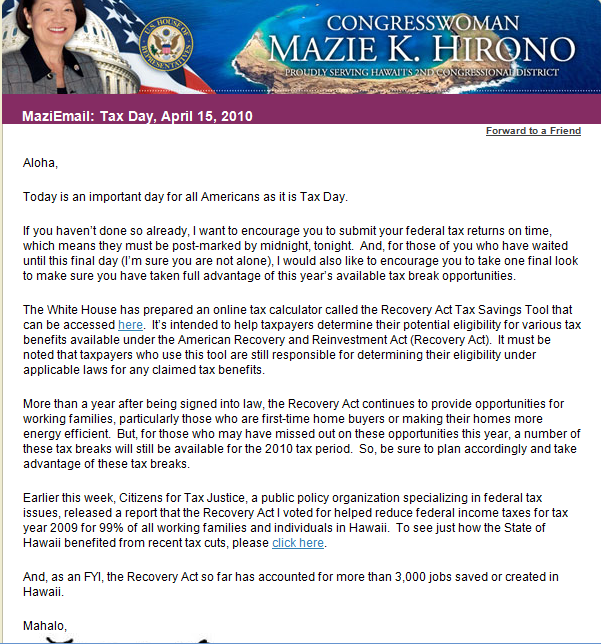 What part of this is a Recovery?  You have double digit unemployment.  You have looming inflation.  You have over regulation causing price increases.  What Justice?

Obama is very much like all other democrats.  They are very good at spending other peoples money.  Although, Obama is much worst because his policies are pure socialism.  Our country was founded on Capitalism and the free market principles.  Obama has never run a business.  Obama knows how to destroy business. 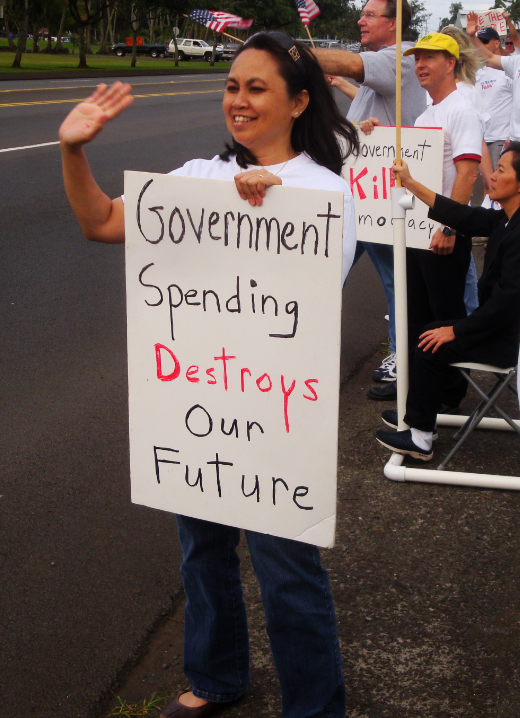 This is the face of the Tea Party.  No angry faces.  No shouting.  No violence.  No property damage.  We are law abiding citizens that are very concerned about the direction the Obama regime is taking this country.  European socialist model is not who we are.  Many immigrants, like myself, came to this great country to escape the bonds of socialism servitude.  Natural born citizens have enjoyed the freedoms this country offers.  The future of their children will never know the advantages and opportunities that the Obama regime is taking away.

Obamacare must be repealed.  The damage to our country will be generational. 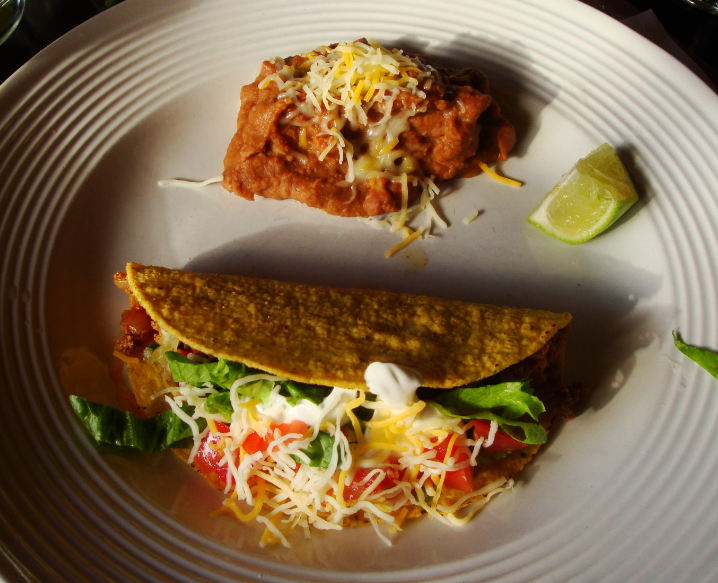