Why all of a sudden? Remember the Kalifornia wildfires? The first thing Governor Jerry ‘Moonbeam’ Brown claimed was the fires were a result of climate catastrophe. When in reality, it was forestry mismanagement. Not only did Kalifornia cut monies to manage the dry underbrush, but they allowed to continue for years, resulting in the worst wildfires in years. Global warming didn’t start the fires. Then there was the release of federal study that concludes global warming is real and happening. Balderdash!

What is a carbon tax? A carbon tax is where fossil fuels are used: Gas for vehicles. Oil for home heating. Coal for generating electricity. A tax that would put a harmful affect on businesses, consumers, and the economy. It would cause an increase across all markets. Food, clothing, construction, farming and just about every industry. It would hurt the working poor the hardest. Low income families would struggle heating their homes, getting to work, and putting food on the table. The very rich will be able to absorb the extra costs. Global Warming hoaxers, Al Gore, et al, will continue to fly around the world in their private jets, whist thumbing their noses over flyover country. They don’t care about the hoi polloi.

In France, where Monsieur Macron scolded President Trump on Nationalism, and leaving the Paris Climate Accord, riots broke out over France’s climate tax. Let them eat cake, Macron said, if gas is too high, then carpool. If it’s too cold, then add more layers of clothing. We’re about saving the planet from the bourgeoisie masses.

Closer to home, in Hawai’i Nei, legislators are seriously discussing implementing a carbon tax on the islands. Reacting to the National Climate Assessment report that says scary things will happen to the planetary environment if action isn’t taken NOW!!! The report is flashy and very alarming. However there are some real problem with the report. 1) It wildly exaggerates the economic costs. 2) Is assumes a worse case catastrophic environment scenario. 3) It misrepresents extreme weather conditions, including wildfires. 4) It assumes the only remedy is taxation on fossil fuels, and all devices that employ fossil fuels. 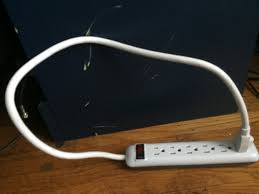 Hawaii Climate Change Mitigation & Adaptation Commission, (sounds impressive) has unanimously agreed to back legislation next session that would establish a carbon tax geared toward reducing greenhouse gas emissions in Hawaii’s ground transportation sector. Which means a tax on your vehicles, and fuel. The older the vehicle is, the higher the tax. The idea is to rid the roads of fossil fuel vehicles and force people into purchasing electric vehicles. Vehicles that requiring electric charging stations. Charging stations that are powered by, wait for it, fossil fuels.

The Intergovernmental Panel on Climate Change reports that a price on carbon is central to prompt mitigation, and global emissions of carbon dioxide need to fall by 45 percent by 2030 and to zero by 2050. A carbon fee would be just another tax, upon a already over taxed State. That would hurt the working poor, damage the tourism industry, and put an unnecessary burden on the people of this State.

For years now, parts of Hawai’i have been succumbing to natural environmental changes. We are a group of islands in the middle of the Pacific ocean. Natural changes are ocean erosion, the sinking of the islands by weight, and weather runoff. Homes that are built along the oceanfront are subject to storm damage, Tsunamis, hurricanes, and earthquakes, let alone lava running through the living-room. There is the claim that the ocean levels are rising, but there is no significant evidence that the oceans are rising. Except for the natural water levels due to tides, and natural weather changes, such as La Nina and El Nino. However, the scare tactics continue to make wild exaggerated claims.

This scares people unnecessarily. Especially people who do not understand how the planet geology works, including legislators that are gullible enough to believe in predictions that have no basis in science facts. It does help globalists to wrestle control from sovereign nations. It prevents developing nations from getting access to cheap energy. It puts world control in the hands of the few. That’s not science, that’s global socialism. It’s what the taxman wants to impose on us all.

The basics of life on this planet is carbon. Without it, life would not exist. As least life as we know it. Carbon dioxide is an essential gas. It is plant food. Plants absorb carbon dioxide, and convert it into oxygen. Another life essential gas. The oceans absorb carbon dioxide to sustain ocean life. The left has insisted that carbon is a pollutant, but they are wrong. To believe that carbon is a pollutant, is basically displaying ignorance of science. Environmentalists, are the worse offenders of climate science. They will openly mock you if you disagree with them on a pending climate crisis. They call you ‘climate deniers’, and science deniers, again displaying their ignorance of what environmental science is about. The left will accuse you of being a pawn for big oil companies and corporations.

For well over a century, and even longer, the calls for climate controls, taxes, and regulations, have never stopped. Irrational fear is hard to defeat. So after some man made disaster, like forestry mismanagement, a report comes out to prop up the myth of global warming. Why a government agency is being funded by tax dollars to falsely propose pending climate disasters, is a classic case of government abuse. For the right amount of money, any government agency will produce the result you want to hear. 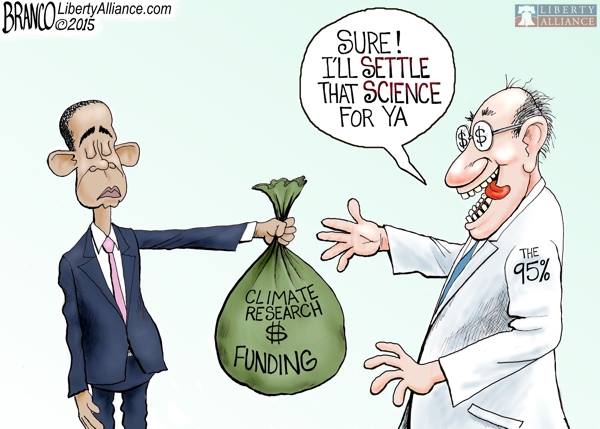 Indeed, the science of greed goes ‘caching!’, and the energy to expel greed energy is like a lubricant for false science. What’s worse are the predictions of planetary doom in just a few short years. Still, the weather people cannot forecast the weather 24 hours from now. What makes anyone think they know what the planetary weather will be 10-20-30-100 years from now? They seem pretty certain, but they have no data to back up their claims. Don’t believe these people. The live in a climate of fear.